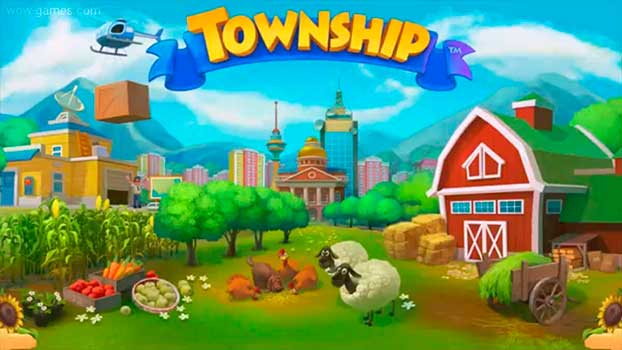 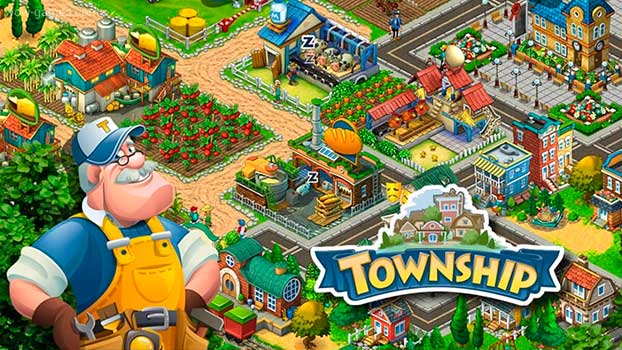 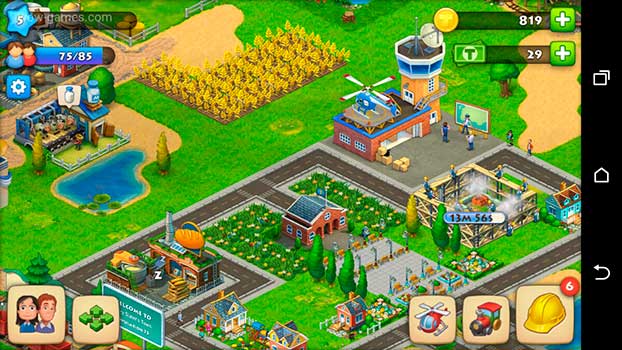 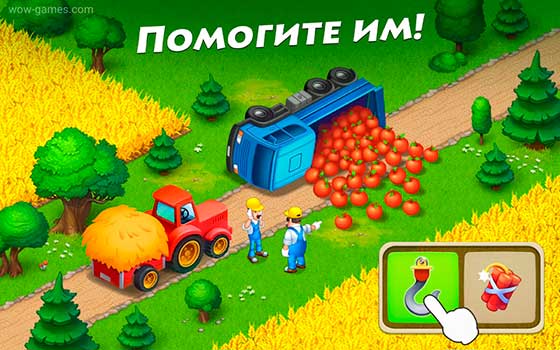 More than 3,5 million users visit Township Farm almost on a daily basis. It proves the popularity of the building games like Sim City. Unlike the last one, Township Farm looks more cartoonish and fun. It is less complicated, but you can build your town for ages without donating. Being an officially Facebook game, Township Farm has many followers around the world. This contemporary city builder hit is a great time-killer, and something more.

What Is the Deal?

Those who have played any town builder simulator know how the genre feels. The only elements that are really different everywhere are the minor details and mechanics. Also, while it was possible to keep on creating your own city without investing any real money a decade ago, now, almost every game of this type provokes cash investments. Anyway, gamers who miss Sim City will like this analogy for mobile phones (the game can be launched and played on computers as well – all you need is Facebook personal account).

It all begins with a tiny colony next to the river. It might feel like a place in the Wild, Wild West from the beginning. From that point, a player starts to expand their lands and might. It is necessary to develop infrastructure, and the process slows down over time. The major activities include chopping down trees to make the areas inhabited, building houses and places of sightseeing, trading with other cities, managing tax rates, ,manufacturing, creating workplaces, constructing and supporting the zoo (it is like a separate quest), and maintaining the citizens’ good mood.

Another game which may come to your mind is Civilization. However, Township is less tricky and complicated. It is easy to develop a strategy that works in this game. It is up to you whether your final version of the city will remind you of Ancient Rome, modern NYC, or Mars. The major gaming mechanics and graphics are simplified. The primary focus of the game is agricultural sector; be ready to plant and grow plenty of things: from grains to flowers.

Soon after starting the game, you will develop a nice knowledge of the agriculture. You will be aware of what different things are made by having a look at your factories. The developers keep on adding new factories and buildings as the game is updated and refreshed regularly. By combining various products, you will get rarer goods for sale.

The visual part of Township Farm is, perhaps, its basic strong side. The local animals at the farms are simply so cute that it is hard to express, especially the little piglets. The mechanics are very simple, so, basically, users of any age will enjoy the game. Despite the fact that available buildings are the same for everyone (they will all sooner or later pop up on different levels of your player), it is still possible to create a completely original city. You are the one to decide on the decorations. Besides, only a few players can win special prizes during various events and get access to unique buildings and décor.

The city-building components are almost endless here. From benches and roads to statues and décor in the shape of skiing penguins – you will most probably want them all! Unlike in other similar games, a side quest which is about creating a city zoo matters – it will contribute to your overall experience, and it guarantees attractive rewards in addition to sweet animals. With every new building element that you add, the mood of your citizens will go up.

What Is the Greatest Pros?

One of the best things is the game’s simplicity. While it may look boring over time in such releases as Minecraft, you will not even pay attention to how easy the things are in Township Farm. There are no puzzles to solve, except for the special events. Some of the bonus games only need your full attention and immediate reaction. As for the main storyline, you can play it being relaxed.

The learning curve… Well, you should master how to play the game in a minute or two. Seriously. If you feel okay with the controls of your mobile device, it will be a piece of cake for you. The players see the progress all the time. It does not take a while to upgrade your city even at the levels 60-70, especially if you do not forget to visit your town several times per day.

One more benefit is the friendly community. You will get invitations to become friends or join a league almost immediately after starting the game for the first time. The players notice newcomers very soon. You may invite your pals via Facebook to spend this fun time together.

What about the Game’s Drawbacks?

Most of the time, Township Farm is played by kids or ages people. Teens today prefer something more dynamic and realistic. The main reason is the gameplay mechanics that remind you of arcade games of 90’s. If you have no friends playing the same game, it seems way longer and more boring.

Township Farm is a Facebook freemium game. However, in-game currency is extremely important if you wish to win at least one match or special event. The offers are usually pretty attractive, so players may waste plenty of real money on this game. If no one helps you, the only way to overcome obstacles and build one of the best towns is through investing.

When it comes to the new levels, the new elements will open to you. Some of them are critical buildings like factories, but it can take a couple of days to finish the construction. Until that, you will have no access to the goods that you can produce there. It may slow down the gaming process. Only in-game currency can speed up the building process. Also, you will often find yourself lacking materials and resources to finish the construction.

It can be a nightmare if you really like the game but cannot move on. It is up to you whether you are ready and can afford to buy in-game currency as well as some other perks.

This version of online Farm is cute and stylish, but it does not look equally good to everyone. It is not the right option for people who prefer going on a binge and play for hours and hours straight. If you need an excellent time-killer with a nice animation, it will work. You just have to attend the game regularly not to miss a thing and progress fast. Also, this game is not for users who are looking for complex plot and gameplay.

Casual gamers, however, will most probably find Township Farm captivating and engaging enough. A half an hour will be enough to collect necessary resources, fulfill the orders of your citizens, and enjoy some special events. If you are not in a hurry, you will enjoy the process even without donating. It is all about patience!