After some users shared that we have to try Hearthstone: Heroes of Warcraft once again to come up with fairer judgements that before, we did that, and we’re ready with new review.

After some users shared that we have to try Hearthstone: Heroes of Warcraft once again to come up with fairer judgements that before, we did that, and we’re ready with new review. 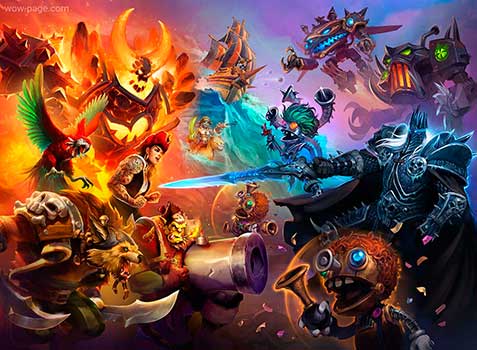 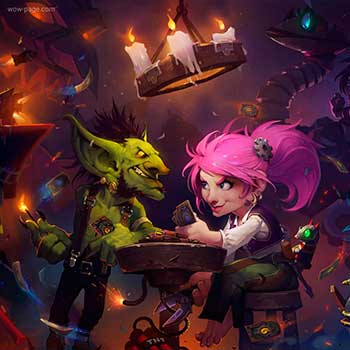 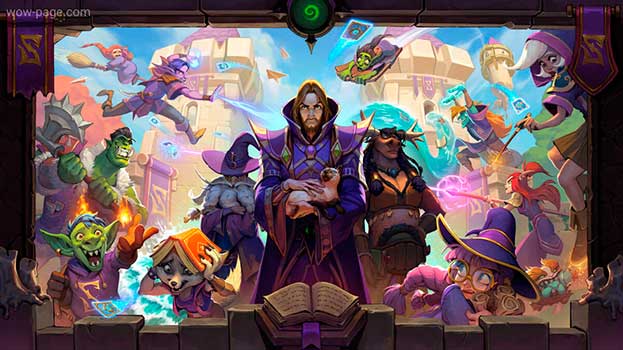 It is difficult to judge the game by its cover when its beta version is out. Our team realized it after shaming Hearthstone: Heroes of Warcraft for the first time. The demo version did not impress us much, so we ranked it just 3 out of 5. Was it fair enough? The only way to find out is to get the full version installed. Today, Heroes of Warcraft are available for personal computers and Apple computers. You will not find new hero cards or challenges here. The game is still offered at no charge.

The developers did not delete or change anything significantly. The final release is pretty much the same as its beta version with some exceptions. The developers modified the ranking system. It makes us want to play this game more. Also, some cards were upgraded for better. We will list the main difference briefly.

After the first review (the one for beta version of the game), we could not reinstall Heroes of Warcraft. The patch did not work. However, our team did not invest plenty of efforts into getting rid of that issue as it was temporary.

One weekend, the guys from our company had nothing left to do except for watching video reviews and trailers. One of them appeared to contain the gameplay for the latest Hearthstone. Two guys demonstrated the decks of twenty-four legendary cards from Heroes of Warcraft.

We enjoyed the video, and the two players motivated us to re-start the game and give it one more try. It was the first time having such fun with Bizzcon videos. The experts replied to us that our first review for the game was not pretty objective. They recommended to try the final release.

Sure, we do not want to blame any game for no reason, and Hearthstone is not an exception. The video displayed some guys who managed to achieve a legendary rank in Heroes of Warcraft without donating (yeah, it is possible). We got truly impressed, wanting to try achieving the same.  When we tested the beta version, we completely missed out the depth of the game, and it was our duty to fix the situation.

After dealing with the new patch bugs and finally setting up the game, we could finally enjoy the recent Hearthstone in full. Guess what? We just used the recommendations from the FAQ section of the developer’s website. The problem was solved thanks to the virus scanner in 1-2-3. Thus, fixing an installation issue is not a big deal.

As experts recommended rebuilding the main decks, we started with this mission, which might appear a rather time-consuming. Some video manuals helped us to build powerful decks. It is also necessary to come up with the playing strategy. The biggest mistake that a player can make is trying only the unranked matches. This mode is good for dummies, but it is not fun at all as the wins are easy. This option also works for people with modified or re-built decks who do not want to take risks before trying their new cards. They might casually wipe you out.

What about the ranked games? We recommend moving to them as fast as possible if you really want to master this card game ASAP. The player passes level-by-level until winning the match. In the end, you will face rivals that correspond to your power and experience.

In general, almost all of the Hearthstone matches are challenging and interesting. Sooner or later, you will easily recognize all cards in the game, knowing what they do without reading the description. There are no excessive or useless cards, and you’ll realize that. It is still impossible to create just one deck to win all the matches; be ready to vary them, replacing one cards with others. Think about individual strategy as well, but it is vital to change it as the opponents will detect it over time. Do not fear experiments in Heroes of Warcraft – that is the main thing that we understood. Newbie may skip some details that a tough user will notice for sure. Thus, practice, practice, and practice – that is what increases your chances of winning and joining the top of players.

Just like many games in this genre, Hearthstone offers an arena. Experts recommend joining it only once you get 100% sure about your readiness. Most often, players participate there with the very strong cards and tricky strategies.

Despite the pros mentioned above, we want to notice some of the existing drawbacks of the game. We do not agree with the rewards for arena – more tickets would be preferred. It is impossible to turn the speech output off without getting rid of all background noises. English voiceover of the game is way more user-friendly than other languages available. Now, these things seem minor pitfalls in contrast to what we used to see earlier. The rating for Hearthstone: Heroes of Warcraft goes up significantly in our eyes. It would be around 4, 5/5 stars from our team.

In case you are fond of online card games, you will find this release pretty cool and engaging. One can make it through to the highest positions in rating without having to donate anything. No matter whether you choose shaman, mage, or other creature side, the developers guarantee positive experience. Once again, you can take a few lessons of how to play Hearthstone: Heroes of Warcraft on YouTube – plenty of videos are available. After studying the gaming process in-depth, we have changed our minds about it for a good. Hearthstone: Heroes of Warcraft is not a casual game as it might look to some users. If you are not ready to treat it seriously, do not even waste your time on it!